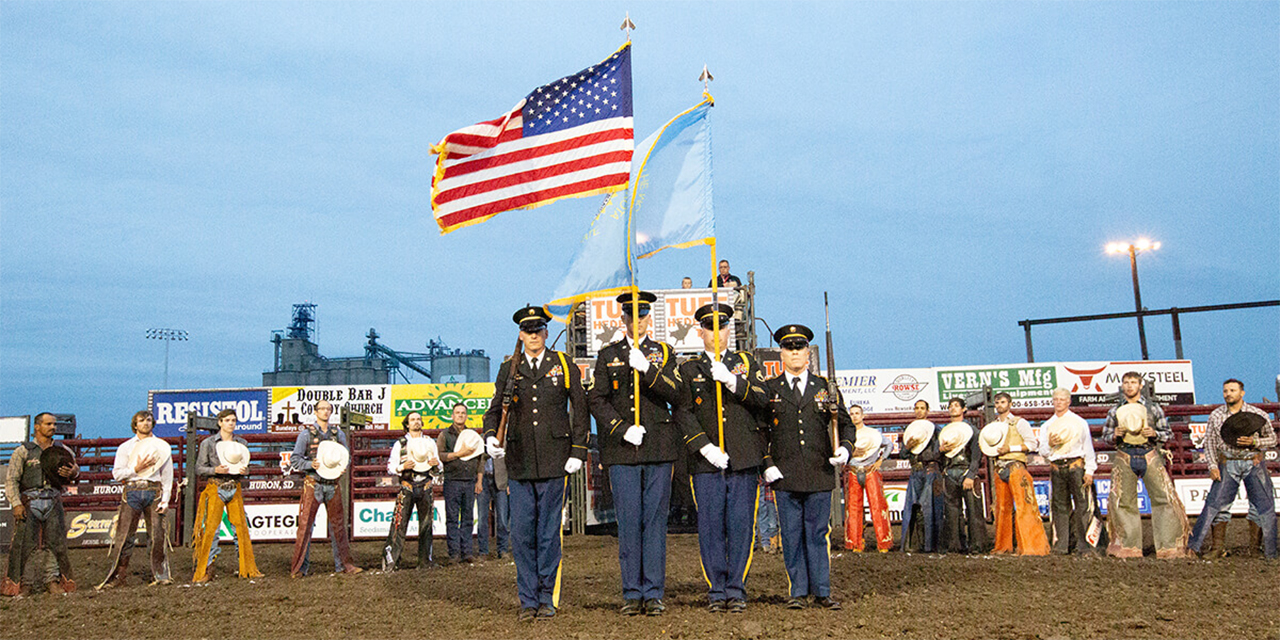 Get Tickets for Aug 31

Get Tickets for Sept 1

The bull riding action begins with Tuff Hedeman “Bounty Bull” night on Wednesday with $10,000 up for grabs, and continues Thursday night in a tournament style event and “Shoot Out” round where the bulk of the prize money, championship title, and custom prizes are earned.

The Red Wilk Construction American Hero Award will be held during both nights of bull riding. Typically, eight Veterans are honored each night, and since 2013, more than 100 Veterans from all over South Dakota have been honored. 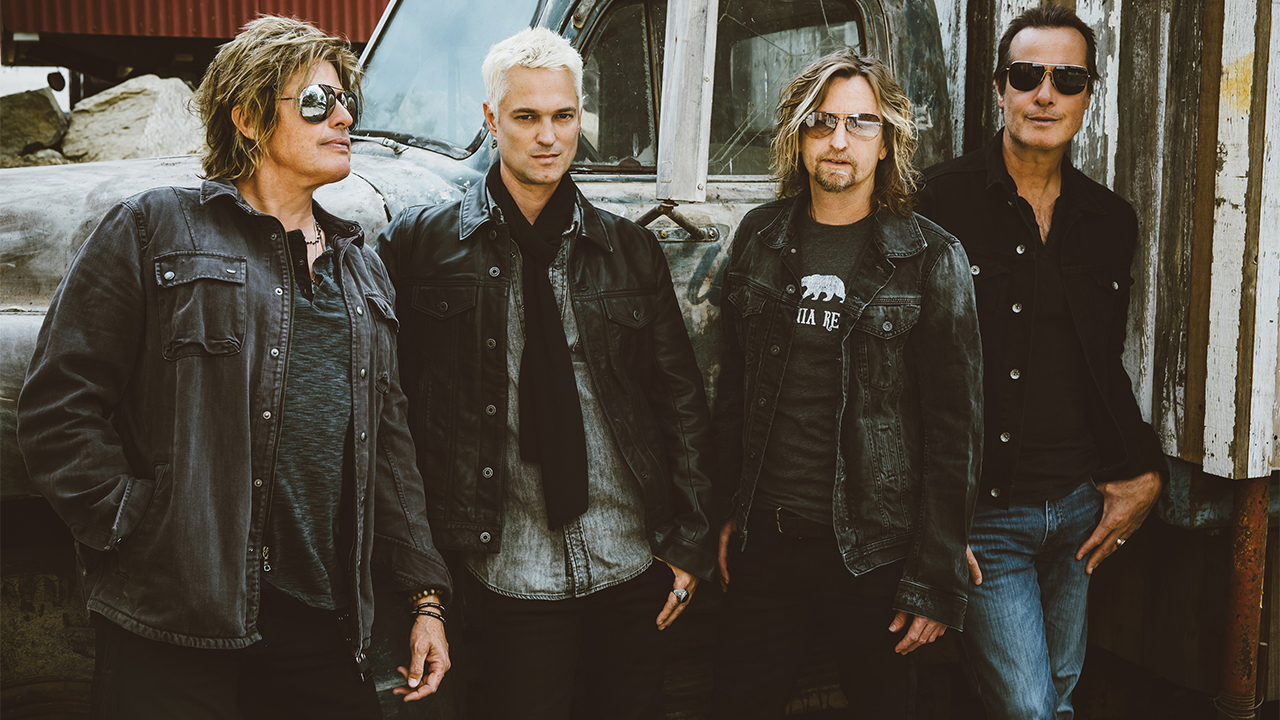 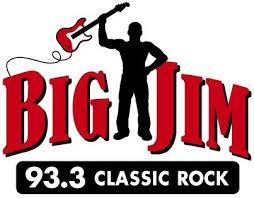 STP was one of the most commercially successful rock bands of the 1990s, selling 40 million records worldwide, including 17.5 million units in the United States.

The band has had 16 top ten singles on the Billboard rock charts, eight of which peaked at No. 1, and one No. 1 album in 1994. That same year, the band won a Grammy for "Best Hard Rock Performance" for the song "Plush" from the album Core, and penned a track for the action thriller movie, The Crow. They were also ranked No. 40 on VH1's The 100 Greatest Artists of Hard Rock.

While initially labeled a grunge band, their sound evolved to include psychedelic rock, bossa nova and classic rock influences. With intriguing lyrics and metallic guitar riffs, STP are still playing raucous live shows throwing back to the days when flannel reigned supreme. 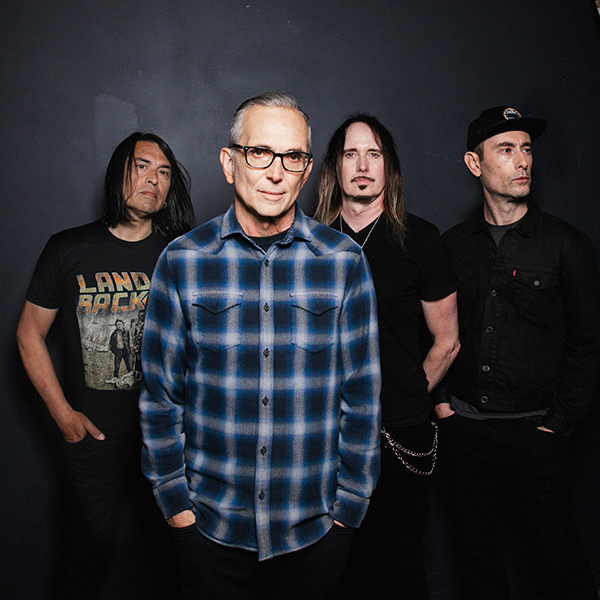 Formed by Art Alexakis in 1991, Everclear has enjoyed a lengthy career spanning 11 studio releases, numerous videos, thousands of shows, and accolades that include a 1998 GRAMMY nomination.

They have written and recorded some truly iconic ’90s alt-rock hits, and while no gig is complete without a rendition of “Santa Monica” and “Father of Mine,” lately the band has found that exploring the full range of past material—especially the “deep cuts”—not only gives fans a rare treat, it also injects new life into the band’s live dynamic.

“By mixing it up and digging into the catalogue, it still makes it fun and relevant for us, and I think for the fans as well,” says Alexakis. “It’s still important to play the hits, but by playing those other songs as well, it makes it all seem more vibrant and real. Even though I recorded some of those songs 20 years ago, I haven’t played them in a long time, so it’s like reinventing the wheel. I’m having more fun now than I have in years. I think all of us are.”

Everclear continues to tour extensively, and along with Alexakis their current touring lineup features longtime members Davey French (guitar) and Freddy Herrera (bass), as well as drummer Brian Nolan (also with American Hi-Fi), who has performed with Everclear on multiple past tours. 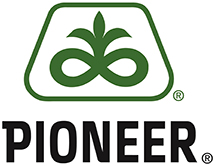 MCA Nashville recording artist Josh Turner, while a multi-platinum-selling star himself, is a country music fan first and foremost. From the very start of his career through chart-topping hits like “Your Man,” “Would You Go With Me,” “Why Don’t We Just Dance,” and “All Over Me,” Turner has immersed himself in country music’s history and its iconic figures.

Selling more than 8.5 million units and amassing more than 2.5 billion global streams, Turner has never kept his reverence for traditional country music a secret, but, with this latest album, he is definitely in a Country State of Mind.

The dozen tracks on Country State of Mind, including songs from legends like Johnny Cash, Hank Williams, Randy Travis and others, span more than half a century of classic country music, encompassing both well-known standards and deep-catalog cuts. The album is a conversation between the past and present of country music, relayed in the distinctive, resonant baritone that brought Turner #1 hits, and five gold and platinum albums.

Her debut album in 2015, Love Stuff, featured her breakthrough single “Ex’s & Oh’s,” which hit No. 1 on Billboard’s Hot Rock Songs Chart, and topped the AAA, Hot AC, and the Alternative Radio charts. It earned her two GRAMMY nominations and is certified 4x times platinum. Her 2016 collaboration with Dierks Bentley on “Different for Girls,” also scored a No. 1 on the Country Airplay charts and won the CMA Award for “Musical Event of the Year.” Her single “Shame,” featured on her second studio album Shake the Spirit marked King’s fourth radio #1 single, making her the only act in history to have scored No. 1 singles on the Adult Pop Songs, Adult Alternative Songs, Alternative Songs and Country Airplay charts.

Elle’s latest EP Elle King: In Isolation was released in summer of 2020 and is a collection of raw demos/songs she’s recorded acoustically while quarantining at home in Los Angeles.

Her most recent single release has her reuniting with Miranda Lambert on the dynamic collaboration “Drunk (And I Don’t Wanna Go Home)”, which debuted at #1 on Billboard’s Rock and Country Digital Song Sales Charts. This is the second time the two female platinum-selling powerhouse performers have recorded together with their first release “Fooled Around and Fell in Love” (along with Maren Morris, Ashley McBryde, Tenille Townesand Caylee Hammack) going on to win the 2020 ACM Award for “Music Event of The Year.” 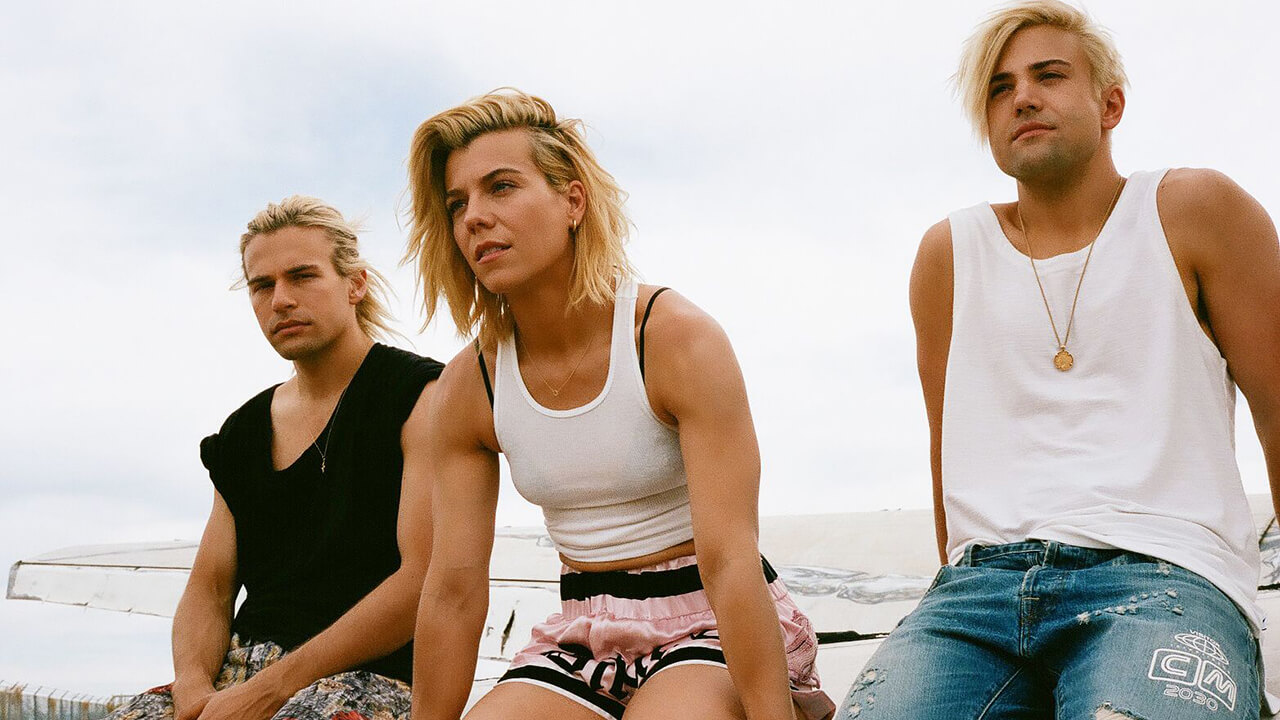 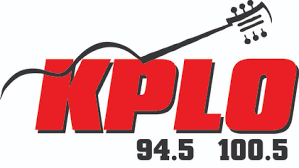 Grammy® Award-winning superstar sibling trio THE BAND PERRY is an unstoppable presence in modern music. Since releasing their ground-breaking #1 single “If I Die Young”, they have gone on to forge a unique identity and build an international fan base leading to sold-out world tours with five No.1 singles on the Billboard Country Chart. From performing on TV’s biggest stages to “Live Forever” being chosen as the official theme song for Team USA at the 2016 Summer Olympics, THE BAND PERRY continues to evolve by combining music with fashion and visual art. Kimberly, Reid, and Neil are back in the studio with the release of their much anticipated third country album coming out later this year. 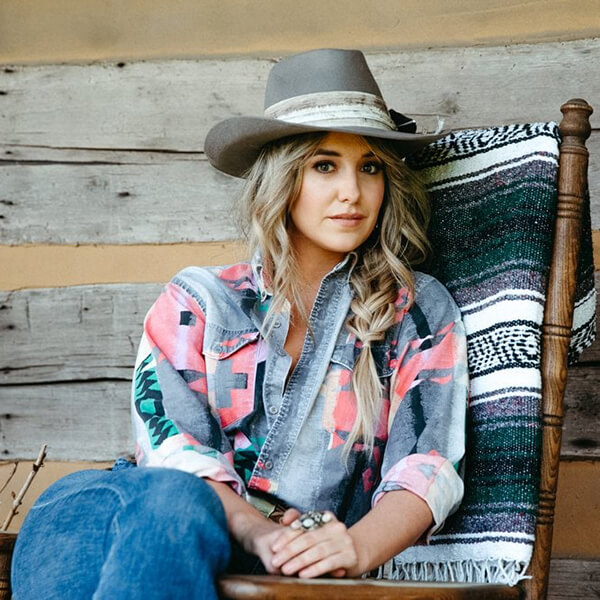 ACM New Female Artist of the Year 2022 winner, and Billboard’s “Top New Country Artist of 2021,” Lainey Wilson is one of Nashville’s hottest and most buzzed-about new artists. Landing her first No. 1 with her PLATINUM Certified ACM Song of the Year “Things A Man Oughta Know,” she has won over legions of fans with her signature Bell Bottom Country sound and aesthetic, which blends traditional Country with a modern yet retro flare. A prolific and sought-after songwriter (having co-writer credits on songs by artists including Luke Combs, Flatland Calvary and more), Lainey is a fresh, fierce voice in Nashville. With a rockstar stage presence, her artistry has taken her across the globe, performing for sold-out crowds throughout the US, UK, and Germany with notable names like Jason Aldean, Luke Combs, and more. Her current single, “Heart Like a Truck” is the follow up to her recent return to the top of the Country radio charts with the two-week No. 1 hit, “Never Say Never” with Cole Swindell. She will release her hotly-anticipated album, Bell Bottom Country on October 28, just before making her acting debut on the hit series Yellowstone on November 13. 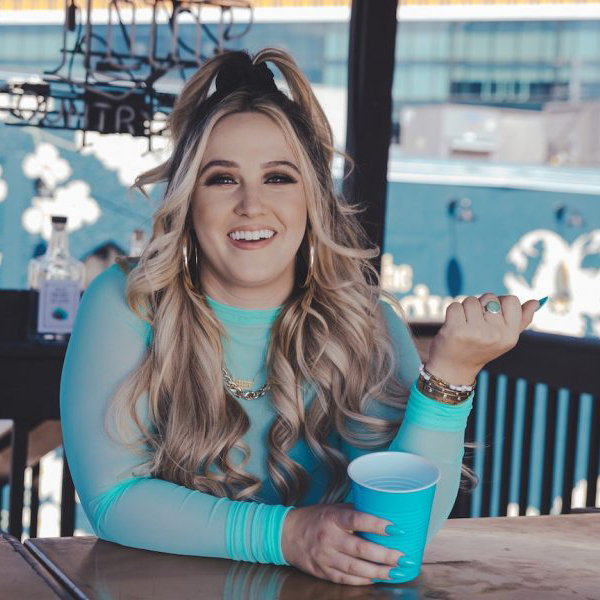 Opening for THE BAND PERRY, Priscilla Block is unapologetically herself.

It’s that kind of attitude towards life and her fearless music-making that has made the rising country star one of the genre’s most exciting new artists, and one of its most authentic and relatable voices. A mix of endless party and unmitigated honesty, Priscilla’s debut album, Welcome to the Block Party, finds an artist who is redefining ‘three chords and the truth’ for an entirely new generation.

Priscilla and her band were gaining some momentum when the Covid-19 pandemic hit and she was stuck on lockdown. TikTok, while thoroughly driving pop culture, had not yet made inroads with a country fanbase - until Priscilla came along. When she started posting songs like “Thick Thighs” and “PMS” she would never have imagined that she would soon top the iTunes Country and All-Genre song charts.

It went to number one on all-genre iTunes, and I am sitting there next to Harry Styles and Billie Eilish on the charts,” Priscilla says. Soon after, she signed a record deal and was on her way to making a self-titled EP, followed by her first full-length album: Welcome to the Block Party, named for how she refers to her signature sound of country pop and southern rock that is as rowdy as it can be tender and confessional. 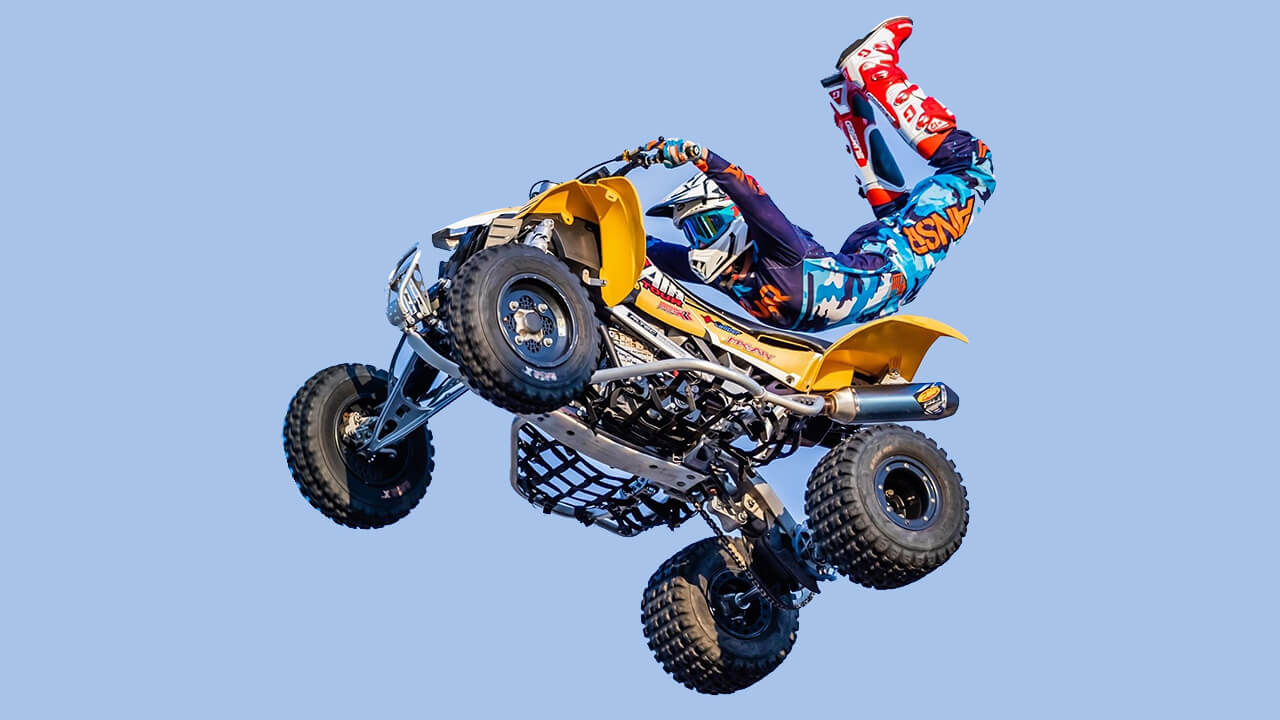 The ATV Big Air Tour brings laughs, screams, and excitement to the grandstand with freestyle 4-wheelers, motorcycles, and BMX for an epic afternoon of family-friendly fun!

The Guetter brother's story started in 2004 when Jon Guetter landed the world's first ATV backflip and they have been on a wild ride ever since. “We took something that we loved to do as kids, lived out our dreams riding our ATV's all around the world, and created this awesome tour and film series to inspire the next generation of kids with dreams as big as mine,” said Derek Guetter.

Stick around after the show for the free Meet & Greet with the team who will sign autographs and pose for photos.